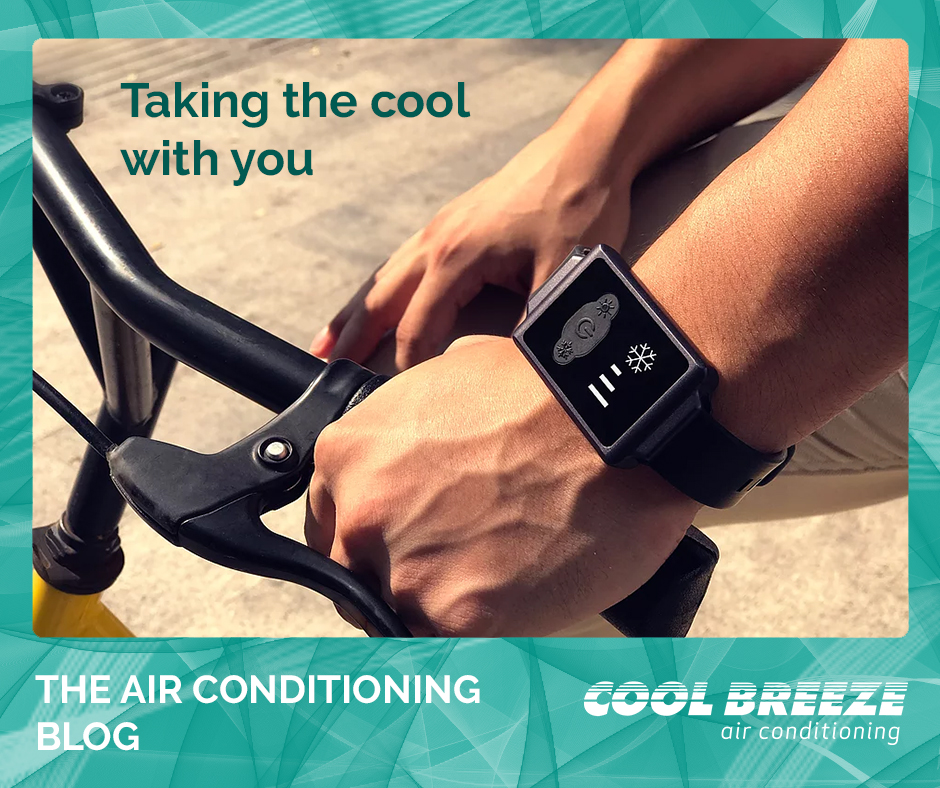 We all know the great benefits that come from evaporative air conditioning inside a home. We sleep better, we breathe cleaner, filtered air; and odours and food cooking smells are removed. And most importantly, we enjoy the benefits of a comfortable temperature. In some cases, it can be so agreeable at home, that many dread leaving the ‘cool zone’ and venture out into uncomfortable climates.

As technology and innovation has pushed the boundaries for what is possible inside the home, there are scientists who are working on ensuring no one needs to sacrifice comfort, wherever they may be.

A new smartwatch promising to alter a wearer’s temperature is causing a buzz in the news and on Kickstarter. The wearable tech, dubbed the AirCon Watch, can apparently alter a person’s body temperature by transferring small pulses of heat or cold to the wrist, which then signal the nervous system.

“We can trick our brain into thinking that we are cooler or warmer than we really are,” The Hong Kong-based developers explain. The thinking is similar to holding an ice cube to a person’s wrist, in order to more rapidly cool them down. But unlike the short-term effect of ice, the watch promises a battery life of 4 hours for cooling.

This isn’t the only wearable aircon tech on the market. The US Army has long been experimenting with light-weight refrigeration devices for soldiers and army personnel who endure extreme temperatures and intense activity.

An example is the Light-Weight Environmental Control System, or LWECS, a body-worn microclimate cooling system. The system is comprised of a cylinder 3 ½ inches around, which connects to a cooling vest and provides 120 watts of cooling. Worn directly against the soldier’s skin, the vest has approximately 110 feet of tubing through which cool fluid can pass.

“It’s the same technology that’s in your air conditioner or in your refrigerator, except instead of conditioning air, it chills a fluid. And then it pumps that fluid through a tube-lined cooling vest,” Brad Laprise, a mechanical engineer at the Natick Soldier Research, Development and Engineering Center (NSRDEC) said in Armed with Science, the US DoD’s science blog.

To learn more about technical innovations in air conditioning – check out the CoolBreeze story. Manufactured in Perth, Western Australia and with over 25 years’ of research and development behind the brand, CoolBreeze Evaporative Air Conditioners incorporate cutting-edge motor, pump exhaust and water management systems.